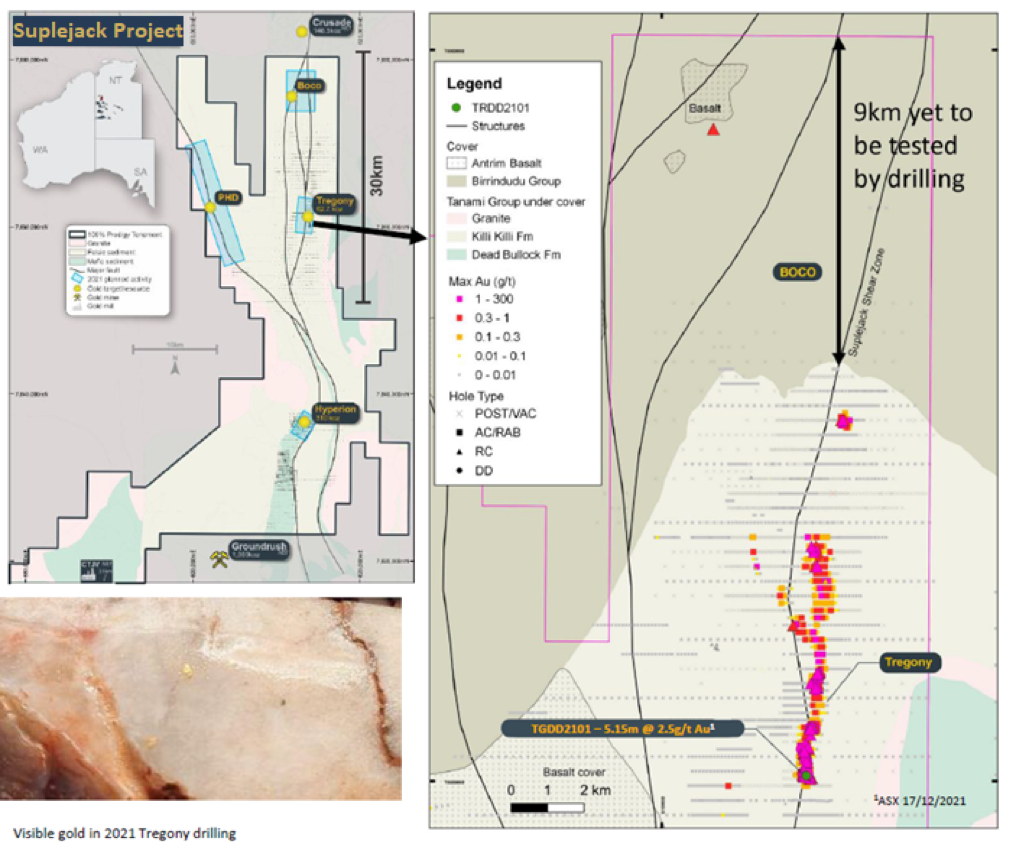 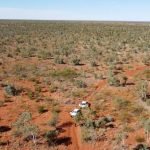 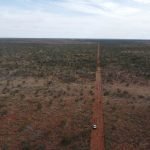 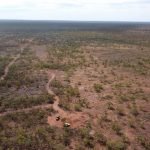 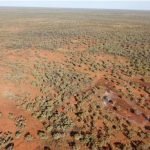 The goal of proposed exploration in the Hyperion area is to demonstrate that there are multiple structures within a mineralised system that can individually, or collectively, support a standalone mining operation. Located along trend of the previously mined Groundrush deposit (NST) and to the south of the Crusade deposit (NST) which had a historic inferred resource of 1.4Mt @ 2.6g/t for just under 119,000 ounces of gold.

Prodigy Gold has defined indicated and inferred Resources at Hyperion. Resource areas include Hyperion-Tethys, Seuss and Hyperion South. The Hyperion-Tethys and Seuss Prospects are situated within the emerging camp-scale Hyperion Project on exploration license EL9250. The area has historically received sporadic exploration with many prospective targets yet to be tested with bedrock drilling. Shallow historic drilling often ended in the depleted oxide zone and failed to effectively test the area.

There is also a historic mineral resource identified at the Tregony prospect to the north of the Hyperion Mineral Resource of around 0.6Mt @ 3.0g/t for 63Koz1. Recent drilling has been completed around this prospect and further work is required before a new Mineral Resource could be reported.

Also completed during the year was a 94 hole RAB program at the PHD prospect for 4,091m of drilling.

Geology at Hyperion consists of a NS trending and steeply dipping mafic stratigraphic package with interbedded sedimentary rocks (siltstones and shale). Mineralisation is controlled by WNW striking faults at a high angle to the primary stratigraphic layering and the Hyperion Shear.